MHA Master of Health Administration Board of Advisors

Board of Advisors Critical for Student Career Growth

The UK MHA Program is supported by executive healthcare leaders whose experience matched the students in the program. This group is a mix of working professionals, alumni, and industry leaders with the main goal of elevating the MHA program to the highest levels of integrity, academic quality, and professional experiences for our students.

MHA Board of Advisors serves a critical role in Program on-going process improvement by providing feedback on:

Direct Access - The Board of Advisors is integrated into Program activities

Board of Advisors Projects

Interview Coaching - each Board member worked one-on-one with a 2nd-year student to build presentation and communication skills. They met multiple times to give feedback and improve proficiency.

Course by Course reviews in collaboration with faculty and program leadership - checking topics and deliverables against industry needs for early careerists.

ACHE & NAHSE Conference Support - the board is working with the Alumni Council to develop fundraising to support students attending conferences.

Direct Access - The Board of Advisors is integrated into Program activities

Want to Give Back? Think this is a Good Fit?

Scott Watkins began his current role in January 2017 after serving as system vice president, operations, since April 2004. Prior to that, he served in operational roles at Norton Audubon Hospital and Norton Women’s & Children’s Hospital.

Watkins began his professional career in 1992 with Eskew & Gresham in Louisville. After earning his certified public accountant (CPA) designation in 1995, he moved to Nashville, Tennessee, to begin his health care career with Columbia/HCA, then the largest hospital company in the United States.

Watkins holds a Bachelor of Science degree in business administration with a concentration in accounting from the University of Louisville and a Master of Business Administration degree from Bellarmine University in Louisville. He is licensed as a CPA in Kentucky.

Watkins, who is a native of Oldham County, Kentucky, and his wife, Pam, have three children, Madison, Jackson and Luke. He serves as a board member for Christian Academy of Louisville and the Kentucky Derby Festival and is an elder at Northeast Christian Church in Louisville. 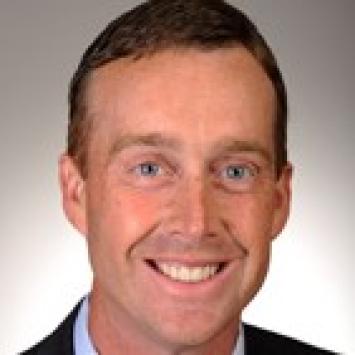 Grayling Dwayne Yarbrough serves as Executive Director of Employer Solutions at Banner Health, a role he began in August 2019. In this role he is charged with executive leadership of Banner Employer Solutions, the direct-to-employer division of Banner Health. This division delivers A La Carte healthcare services to employers, with the goal of improving the access and value of healthcare services consumed by their employee populations. Previously, he held various administrative management positions within CHRISTUS Health in population health. As Director, Population Health, he served as Director of two Accountable Care Organizations and Clinically Integrated Networks; with responsibility for board governance, provider network management, and organizational performance and operations. 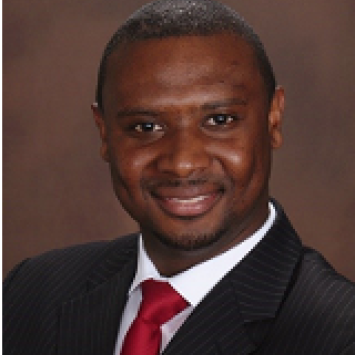 Ammon Fillmore’s legal practice focuses on where data and technology meet healthcare. Ammon has extensive experience advising on privacy, security, and operational matters including emerging issues around information blocking, data rights and use cases, interoperability, and technology licensing and contracting. Prior to joining AdventHealth as the Associate Chief Legal Officer, Ammon was the General Counsel and Privacy Officer at the Indiana Health Information Exchange and a shareholder with the Health Information Technology and Security Group with the law firm Hall Render. Ammon earned his Juris Doctor and Masters of Health Administration from the University of Iowa where he also spent time working for the U.S. Attorney’s Office in Fairbanks, Alaska, and the Kameda Medical Center in Kamogawa City, Japan. Outside the office, Ammon enjoys hiking, road cycling, whitewater kayaking as well as competing in and coaching epee fencing. 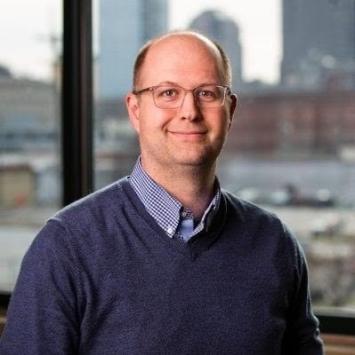 Hannah Little is a hospital administrator who currently serves as the Associate Chief for Administration for Pulmonary, Critical Care, and Infectious Diseases Medicine at the University of North Carolina, Chapel Hill. Her prior work includes risk adjustment data validation for the Centers for Medicare and Medicaid Services, administration and project management at the Johns Hopkins Hospital, and quality and process improvement at the Al-Jazeera Hospital in Riyadh, Saudi Arabia. While completing her Master of Health Administration at the University of Kentucky, Hannah worked at UK HealthCare helping coordinate the management transition of Eastern State Hospital. She also holds a bachelor’s degree in economics from McGill University and is currently pursuing a doctorate in public health from the Johns Hopkins Bloomberg School of Public Health. 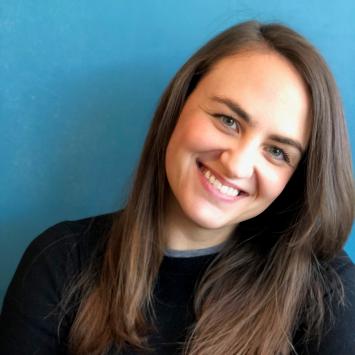 In this role, Janine is responsible for business strategy, finance, product, operations and marketing. She leads a team of 15 people, and has overall responsibility for key partnerships with large retail pharmacies, pharmaceutical manufacturers, employers, health plans and other business to business partners, including GoodRx and Amazon. 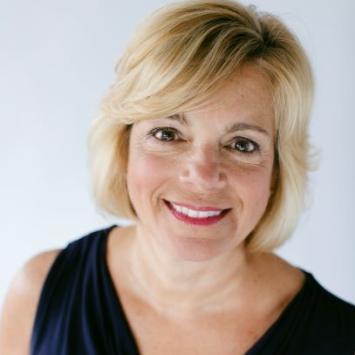 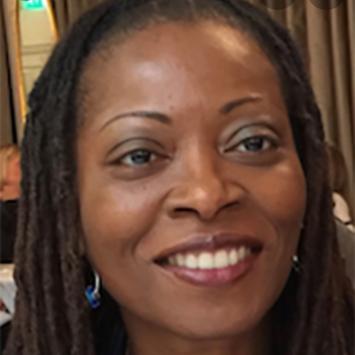 John Phillips serves as Chief Operating Officer of Tower Hill Insurance Group. John joined Tower Hill in the summer of 2020, after 15 years at UK Healthcare serving in various administrative roles. John’s last role at UKHC was Vice President of Ambulatory Services, a role he began in early 2016. In this position, Phillips is charged with overseeing various clinic locations across Kentucky generating over 1,000,000 visits annually.

Previously, Phillips was associate vice president for behavioral health services and the chief administrative officer in charge of Eastern State Hospital. He played a key role in opening and transitioning into the new Eastern State Hospital when UK HealthCare assumed management responsibilities in 2013. Prior to that, he held various administrative management positions within UK Healthcare as service line director for Kentucky Neuroscience Institute and Orthopedics, as well as, Director Facility Transition for UK Healthcare, responsible for leading and facilitating the operational transition into UK Healthcare’s replacement hospital.

Phillips has over 20 years of healthcare operations experience working with investor-owned community hospitals and academic medical centers.  He received his MHA from Virginia Commonwealth University/Medical College of Virginia and a bachelor of health science degree from Clemson University. 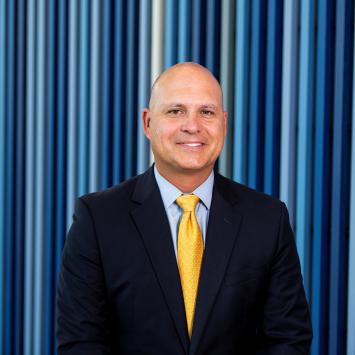 Cecelia Yeary will serve as the Vice President of Cardiovascular and Oncology Services and Clinical Support services at Baptist Health Lexington starting in December. Yeary has served in multiple leadership roles at UK HealthCare since 2011. Most recently, Yeary has been serving as the Hospital Operations Integration Director at UK HealthCare with oversight of Healthcare Security, Workplace Violence Prevention, Facilities Management, and Facilities Planning. Yeary continued to lead strategic efforts for Perioperative Services, Gastroenterology, and led the Endoscopy procedural scheduling team. Prior to, her experience includes serving as the Administrative Director for Digestive Health Services focusing on strategic growth and operations within the Division of Gastroenterology and Endoscopy. She spent four years in patient experience before completing the Administrative Fellowship at UK HealthCare. Yeary served as the Preceptor for the UK HealthCare Administrative Fellowship and is on the Board of Advisors for the University of Kentucky MHA Program. In her free time, she enjoys spending time with her family including Husband Justin and three children, going to Norris lake, and spending time with friends.

Originally from Lebanon, Ohio, Yeary is a graduate of the University of Kentucky for both her Bachelors and Masters of HealthCare Administration. 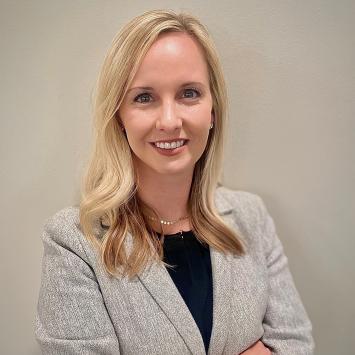 Kathy Love serves as the President of Saint Joseph East, a 217 bed community hospital in Lexington, Kentucky. Prior to assuming her current role, Love served as Vice President and Chief Strategy Officer for CHI Saint Joseph Health. With over 20 years of service to the advancement of healthcare services in the Commonwealth, she oversees operations, growth and strategic development at Saint Joseph East. Additionally, Love provides executive leadership for oncology services for the health system within it’s partnership with the Cleveland Clinic Taussig Cancer Center. Previous to her roles with Saint Joseph, she served as a Hospital CEO for two facilities in Central Kentucky owned by LifePoint Health. In 2012, Love was named the CEO of the Year for the corporation.

Kathy currently serves as Chair of the Board of Directors of GreenHouse 17. She is a member of the board of directors of Bluegrass Regional Imaging and Continuing Care Hospital. Love served as the Chair of the Go Red Campaign for the American Heart Association in 2021 and is a graduate of the Leadership Kentucky Class of 2020. Passionate about mentoring future healthcare leaders, Love serves as a member of the advisory board of the University of Kentucky MHA program in the College of Public Health.

Love is a graduate of Roanoke College and holds a Masters in Healthcare Administration from Virginia Commonwealth University. She resides in Lexington, Kentucky with her husband Allen and their two daughters Virginia and Crosby. She is an exuberant fan of the UK Wildcats and a dedicated soccer mom who spends most evenings and weekends on the sidelines of her daughter’s teams. 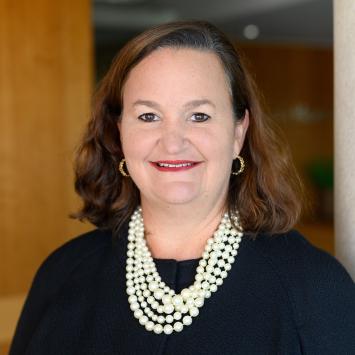 Previously, Rob served in various positions appointed by Kentucky’s Governor in the Cabinet for Health & Family Services, including chief of staff, budget director and legislative director. He earned his doctor of public health from the UK College of Public Health, his Master of Business Administration from the University of Louisville and undergraduate degree from Centre College. 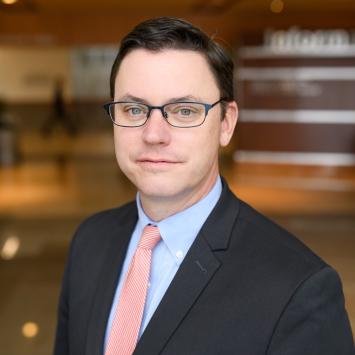 Mark Bowman is a Navy veteran and proudly serves as the Executive Director of the Kentucky Department of Veterans Affairs, Office of Kentucky Veterans Centers since 2014. He is responsible for the operations of the Commonwealth’s four State Veterans Homes and the planning and construction of a fifth in Bowling Green Kentucky.

Mark received his Bachelor Degree in Science at the University of Kentucky in 1990 and his Master of Health Administration Degree from the University of Kentucky in 1995. During his thirty plus year career, he has served as facility administrator, Director of Operations and President of a private sector long-term care company in Central Kentucky. He has been a licensed administrator since 1992.

From 1997 to 2008, Mark served as an adjunct professor at the University of Kentucky, teaching long-term care classes to both undergraduate and graduate students. 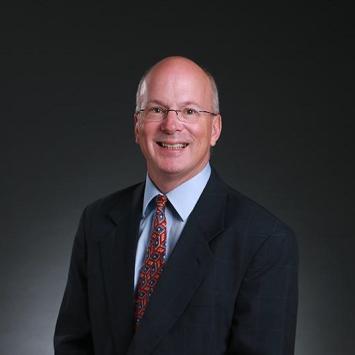