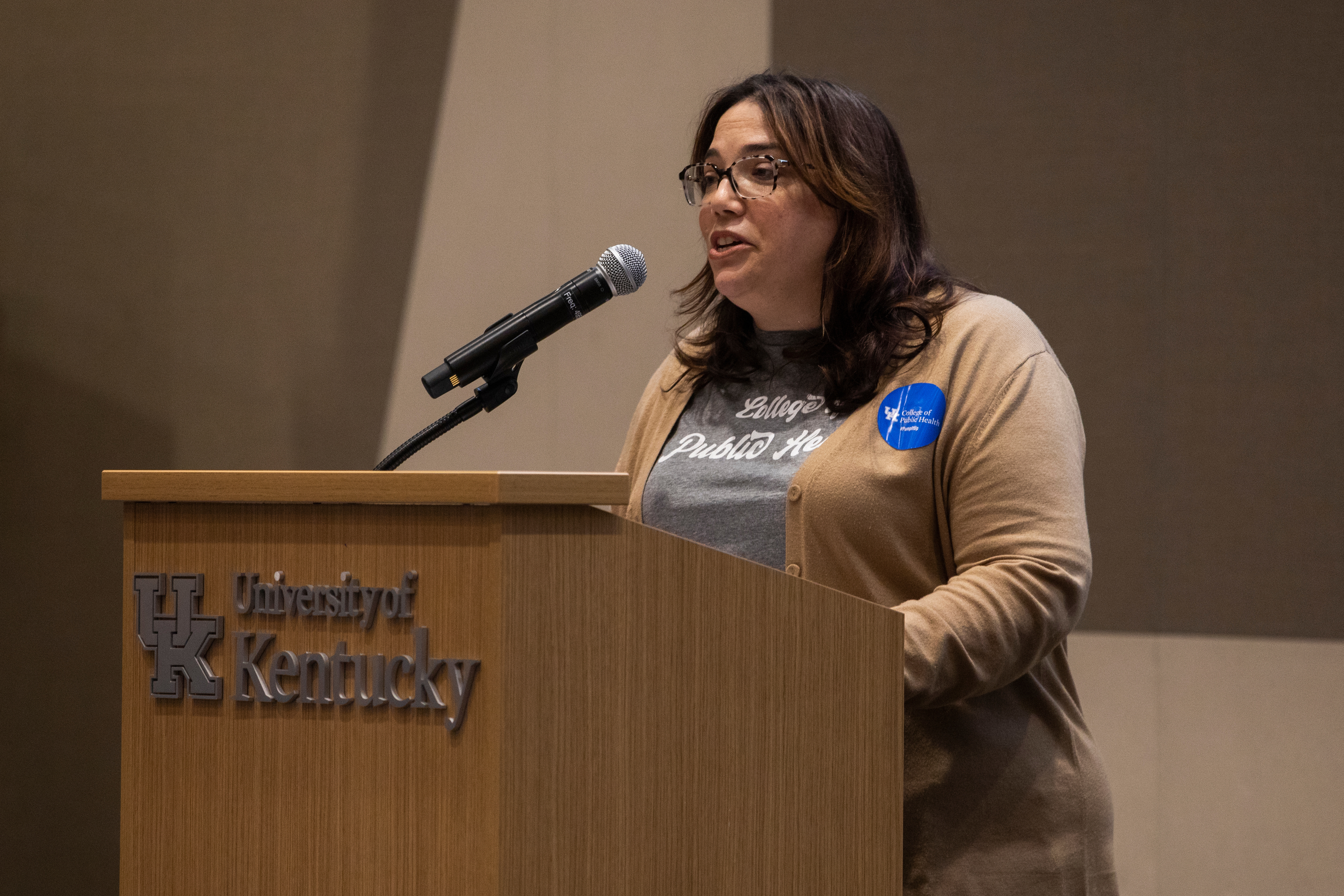 Dr. Heather Bush has been named the new Acting Dean of the University of Kentucky’s College of Public Health, effective June 15.

Dr. Bush will assume this important leadership role and responsibilities from the current Dean, Dr. Donna K. Arnett, who has served in this capacity since 2016.

“CPH is my home, my community. It is an honor to serve. I am grateful to Dr. Arnett and the hard work done to make CPH a leader of positive change for population health,” says Dr. Bush. “We are an outstanding and passionate community of faculty, staff, students, alumni, and partners. I am excited to be part of this next phase in the College’s history.”

The official appointment of Dr. Bush came from University Provost Robert S. DiPaola, MD, after receiving recommendations from the College and a recommendations committee, as outlined in governing regulation VIII.

“Dr. Bush has exhibited outstanding leadership and accomplishment in administrative and research roles over her career, including nearly 16 years as a faculty member in the College of Public Health,” says Provost DiPaola. “This is a critical position for the College, the University of Kentucky, and the community in the Commonwealth and beyond. I appreciate Dr. Bush’s willingness to serve in this role.”

Dr. Bush brings with her extensive academic and research experiences as a professor and current chair of the Department of Biostatistics at the University of Kentucky College of Public Health.

Previously named a University Research Professor, Dr. Bush’s scholarly work focuses on vulnerable populations, with emphasis on women’s health, the impacts of sexual violence on health, and the prevention of sexual violence. As an investigator, she works to promote the engagement of populations typically underrepresented in research.

Dr. Bush prioritizes collaboration, describing herself as “a team scientist with an overall goal of transforming approaches to scientific inquiry by engaging as an active partner in research teams dedicated to making a difference in the health of populations.”

Dr. Bush has also partnered with investigators at the Kentucky Injury Prevention and Research Center (KIPRC) on bystander-based training to promote harm reduction in college populations and develop a novel surveillance system for maternal mortality and morbidity that incorporates injury related to sexual violence, substance use, and mental health.

Dr. Bush is also co-investigator in the HEALing Communities study, the largest grant ever awarded to the University of Kentucky. The goal of this four-year, more than $87 million study is to drastically reduce opioid overdose deaths in Kentucky by providing evidence-based solutions to end long-term addiction in this national crisis.

Prior to her faculty appointment at the College in 2006, Dr. Bush served as a senior biostatistician in industry. She has her Ph.D. and MS degrees in Statistics from the University of Kentucky along with a BS in Mathematics from Mount Vernon Nazarene University.