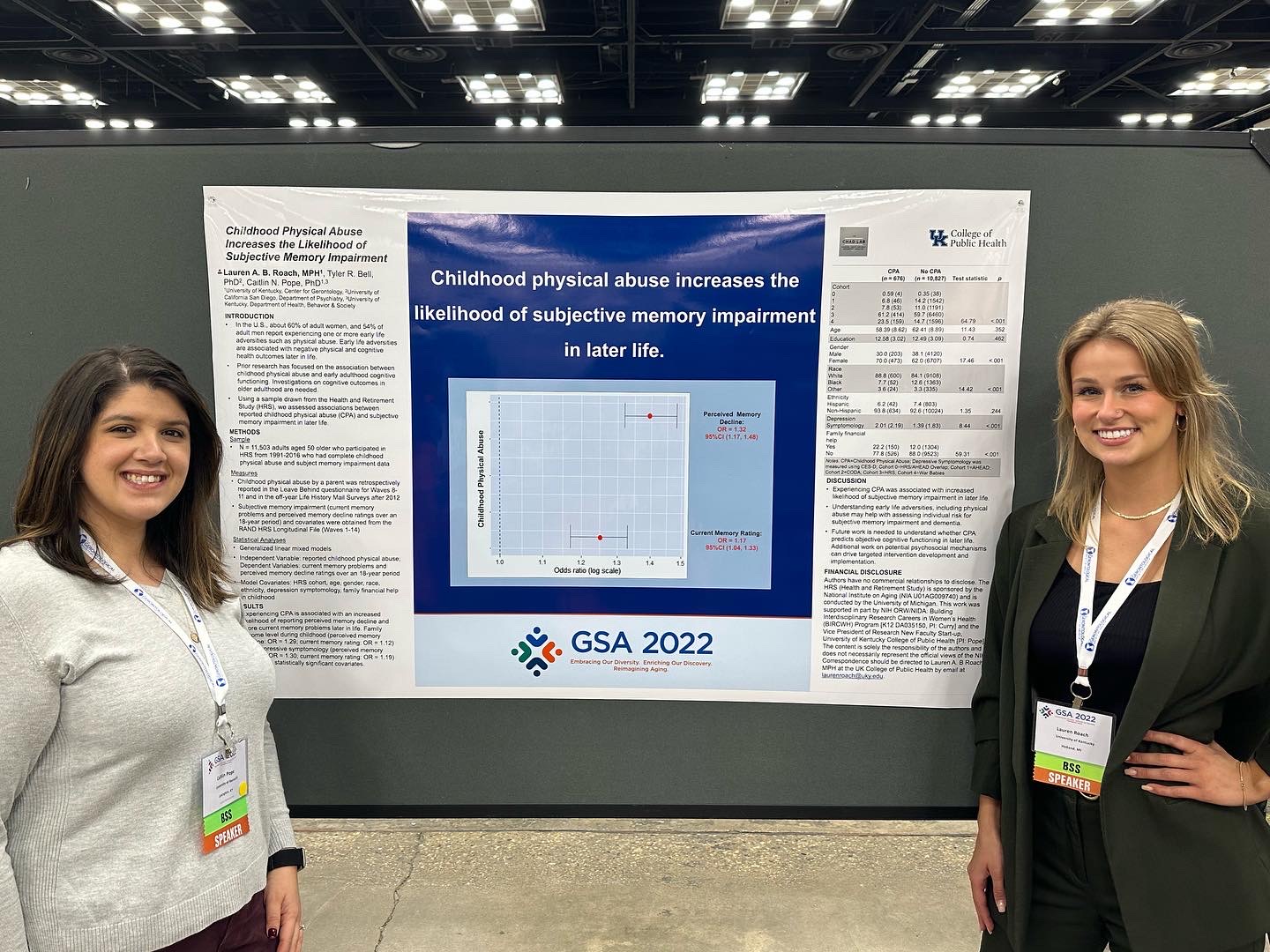 At this event, nearly 4,000 researchers, clinicians, educators, and other professionals in the aging field gathered in Indianapolis, Indiana, this year to learn about and discuss the latest trends, research, and key issues.

“As an early-career faculty member, attending GSA provides networking and presentation opportunities that are crucial to my success in the field of aging and public health,” says Dr. Pope. “GSA is an organization that promotes interdisciplinary discussions and discoveries that move our scientific knowledge of aging forward so that we can better serve the growing demographic of aging adults globally.”

Motor vehicle collisions are a leading cause of injury and death for adults 65 and older in the United States. From this research, practitioners and medical providers are encouraged to consider administering noninvasive, everyday measurements of cognitive difficulty in addition to cognitive tasks when assessing fitness to drive in older age.

Nearly two-thirds of all adults in the United States report the experience of one or more early life adversities, which are known to be associated with a range of negative physical and cognitive health outcomes later in life.

“GSA was a fantastic experience where I was able to present my research in both the traditional poster session setting, as well as in a more formal presentation setting a couple days later,” says Roach. “Being able to network with other researchers who share similar interests as me from universities not only in the U.S., but worldwide, was extremely valuable.”

Roach adds, “A highlight of the conference for me was being able to meet and talk with a researcher from a different institution whose work in health disparities and cognitive aging sparked my initial interest in what has become my dissertation topic.”

Roach was also invited to present a second time in the newly created Flash Poster Presentation Session sponsored by the Behavioral and Social Sciences Section.

“On behalf of CPH, HBS and the Graduate Center for Gerontology, we want to continue to showcase the high-quality and applied aging work being conducted,” says Dr. Pope. “Our research has real-world implications for adults 65 and older, which is one of the fastest-growing demographics in the United States.”

The Gerontological Society of America, the oldest and largest interdisciplinary organization devoted to research, education, and practice in the field of aging, assembles The Gerontological Society of America 2022 Scientific Meeting each year, which helps to continue to fulfill their mission of promoting the study of aging and disseminating information to scientists, decision makers, and the public.