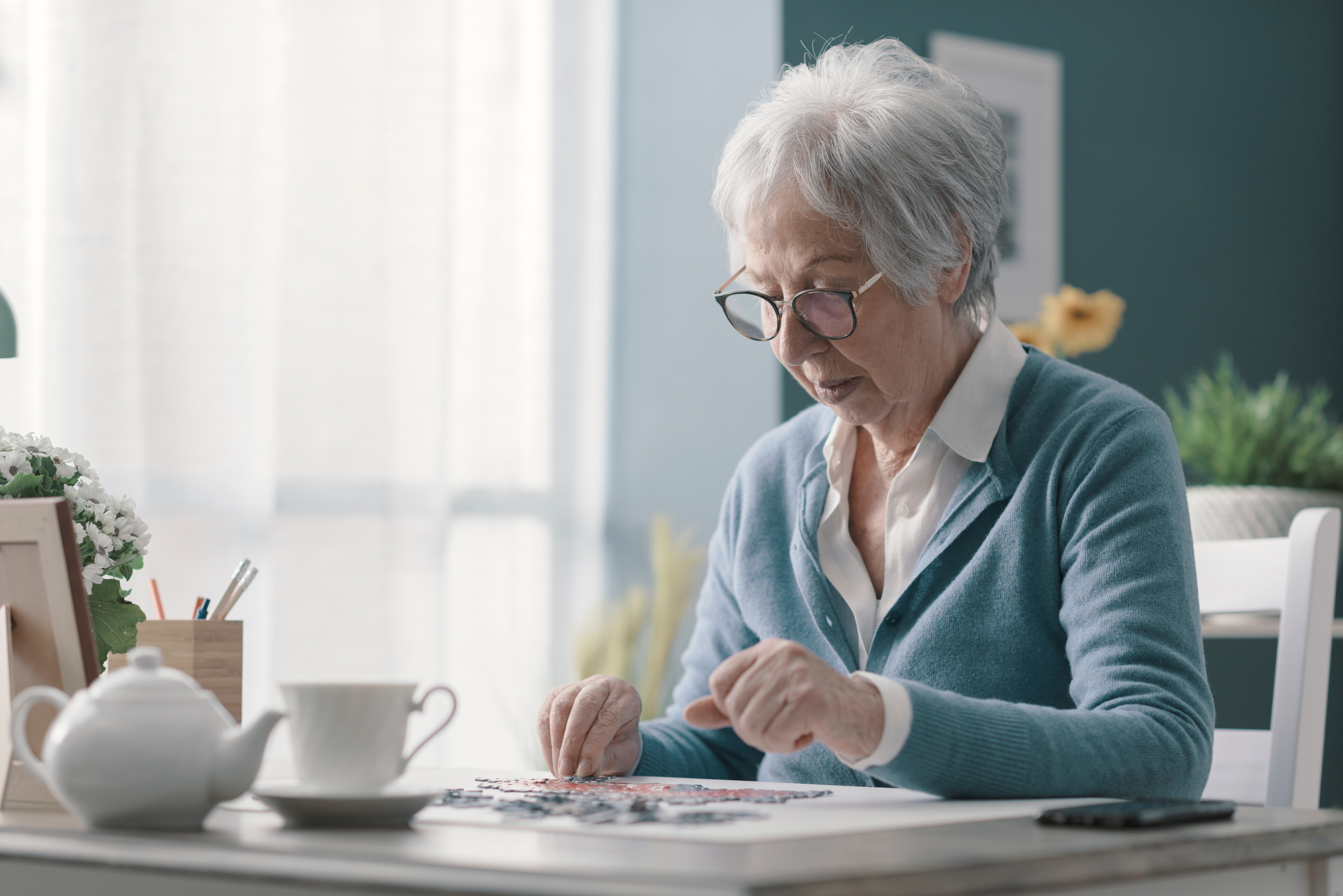 Like so many of us, Lincoln Shade’s life has been touched by memory loss and the related agonies of dementia. He recounts playing board games with his grandmother: “She could remember how to play the game, even how to strategize, but she couldn’t remember whose turn it was.”

Unlike most of us, Lincoln has dedicated years of his fledgling research career to searching for clues that may help solve the mystery of dementia.

Shade, a University of Kentucky College of Medicine and College of Public Health M.D./Ph.D. student, recently received a National Institutes of Health F30 fellowship award to study how genetic factors may increase the risk for Alzheimer’s disease and related dementias (ADRD).

His project, titled “Elucidating Shared Risk of Brain Arteriolosclerosis and Related Pathologies with Multiple ’Omics Modalities,” is funded by the National Institute of Neurological Disorders and Stroke. Shade is a 4th-year graduate student pursuing a Ph.D. in epidemiology and biostatistics. His primary faculty mentor is David Fardo, Ph.D., professor and acting chair of the Department of Biostatistics.

Shade’s research focuses on how genetic and other molecular factors relate to brain arteriolosclerosis.

Similar to the more familiar term arteriosclerosis, arteriolosclerosis refers to a hardening of the blood vessel wall. That extra syllable in arterioLOsclerosis shifts the focus to arterioles — small-diameter arteries that connect medium-sized arteries to capillaries. Arteriolosclerosis in the brain may play a role in cognitive decline.

Globally, 55 million people are living with ADRD. Alzheimer’s disease can be definitively diagnosed only during autopsy and is characterized by the accumulation of abnormal amounts of a substance called amyloid beta in the brain, followed by eventual nerve cell death and an overall shrinking of the brain.

Alzheimer’s disease is the most common cause of dementia in later life, but it’s not the only cause. Brain arteriolosclerosis (B-ASC) is another likely culprit in cognitive decline. It is well established that genetic factors passed from generation to generation play a role in developing (or not developing) both Alzheimer’s disease and B-ASC.

What is not well established is which genetic factors are important and how those factors function mechanistically during disease development. That’s the gap Shade’s research aims to fill.

“B-ASC is found in over 50% of [study] participants aged 80 years or older at death,” Shade explained. “Despite its clinical importance, the pathophysiology of brain arteriolosclerosis is not well understood.” Because of research like his, that’s beginning to change.

Shade’s proposed research builds upon his previously published study. He and co-authors reported evidence of statistical associations between B-ASC and variants (sometimes colloquially referred to as mutations) in three genes known as ELOVL4, SORCS1, and SORCS3.

The statistical associations do not prove the genes cause the disease, but identifying these associations is still valuable. The associations point to possible physiological mechanisms involved in disease development.

This work boosts the rationale for further study of the relationship between B-ASC and these genes, their protein products, and the physiological pathways they inhabit.

Shade’s research is trying to determine which genes and other molecular markers are statistically associated with the hardening of small blood vessels in the brain and other traits that may play a role in ADRD.

Whereas his earlier work looked for associations between B-ASC and variation in the sequence of DNA (DNA can be thought of as a string of beads that serves as the blueprint for proteins), this study will look for associations between B-ASC and the degree to which DNA is “switched on” and making RNA. (RNA is created from the DNA blueprint and serves as the actual template used to build proteins.)

The rate of RNA production for a particular gene (its gene expression) is important: if a gene isn’t switched on and cranking out RNA, any peculiarities about the gene’s sequence are immaterial. Shade will study two markers of gene activity: modifications to DNA itself that can turn genes on and off (“epigenetic” modifications) and gene expression levels.

Shade will look for associations between gene activity and the disease. This work falls into the domains of “epigenomics” and “transcriptomics,” the other “’omics” in the grant’s title.

Shade’s second focus is on related pathologies. Pathologists have a few different ways to characterize brain tissue in those with dementia and healthy control subjects. Shade is planning to conduct genomic association analyses akin to those used in his previously published work, but this time adding additional pathological traits to the picture.

This will lead to a deeper understanding of the disordered physiological processes that are directly causing disease. This deeper understanding of the molecular biology of dementias could be used to create new tools that allow clinicians to definitively diagnose and distinguish different dementias in living patients and could potentially lead to the development of a medication to slow or — in the best of all worlds — prevent or cure the disease.

At the UK College of Public Health, our vision is to be the catalyst of positive change for population health. Our mission is to develop health champions, conduct multidisciplinary and applied research, and collaborate with partners to improve health in Kentucky and beyond. Learn more about our people, programs and passion for public health at cph.uky.edu.